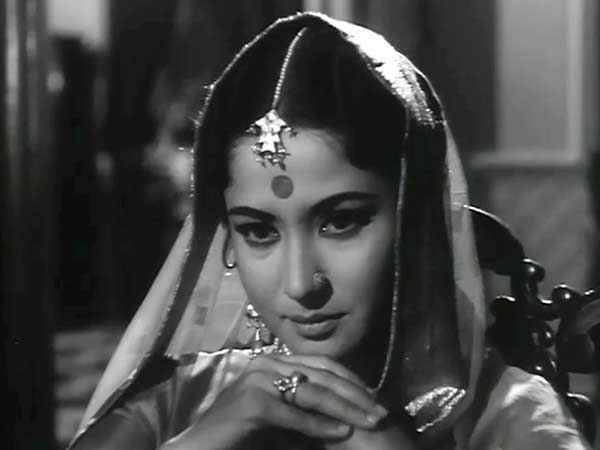 This summer I attended a short course, actually it was a series of lectures, at the British Film Institute which was about the screen adaptations of books in Hindi Cinema. The selection of films which were discussed was good and I had seen most of them already so I could enjoy the lectures. The best of the pick was, of course, Sahib Bibi Aur Ghulam.

This film starring Meena Kumari and Guru Dutt is among my favourite films and watching it once again filled my heart with joy because I had only seen it on a small screen before, probably on an old VHS video cassette. This film is based on a Bengali novel by Bimal Mitra (Shaheb Bibi O Golam) and was made into a Bengali film before being made into a Hindi film. When I came back from the lecture on Sahib Bibi Aur Ghulam I decided to watch the Bengali version just to see how it was different from the Hindi version. I was thrilled to find it on youtube.

Before I say anything else let me tell you the story in brief. Set against the background of the British Raj when the feudal lifestyle was declining and the new middle class emerging we see this wealthy but unhappy family. The younger brother in this joint family spends all his nights with the dancing girls while his young and beautiful wife waits for him in vain. A young man, a relative of an employee, comes to live in the complex which is the sprawling mansion. He soon becomes the confidant who shares all her sorrows and joys. She wants to have her husband near her and is even prepared to drink to keep him near her. Her husband comes to her but she turns into an alcoholic. Soon the fortune of the Zamindars turns and they start losing money. The story ends in tragedy.

Meena Kumari plays the Chhoti Bahu and I don’t know of a role played more perfectly by an actress in Hindi cinema. She actually lives that role perhaps because in many ways she was playing herself. Chhoti Bahu’s deep sorrow of not being able to get her husband’s physical presence is something that is visible to the viewer even when she is smiling. And in Meena Kumari’s life this was a reality too but even more close to her real life is the way she took to alcohol and became an addict. There is something in her voice that brings out the bitterness and pathos so well. 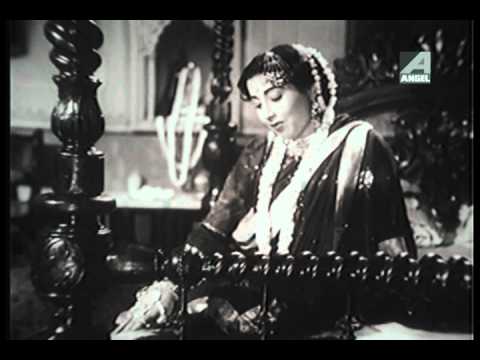 The Bengali version is very close to the novel and we see that the young man, played by Uttam Kumar, is not as naive and simple minded as Guru Dutt interprets him. In this version the Chhoti Bahu ( or Chhoto Bouthan as she is called) is a sad but sweet woman and her transformation into an alcoholic is tragic in a way that shows a broken woman but in the Hindi version we see Meena Kumari’s downfall as something more frightening as there is also her anger, frustration and humiliation simmering behind.

The Bengali version shows more of the social history of the times. We see the Brahmo Samaj and the return of Swami Vivekananda. There are also references to the revolution that is slowly manifesting itself against the British. We also see the emerging business class. The novel is more about the fall of the feudal class and the story of Chhoto Bouthan is one of the streams of the plot. But in the Hindi version Abrar Alvi, the screenplay writer and director, takes the story of this woman and brings it to the center of the stage. 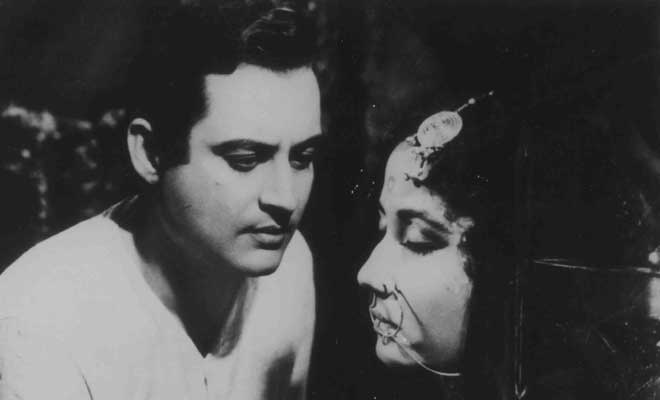 Guru Dutt wanted the novelist to be involved in the screenplay so he rented a flat near Mumbai and brought Bimal Mitra from Calcutta to spend two months with Abrar so that they could work undisturbed and together. This is one of the rare instances of a novelist and screenplay writer working harmoniously together to produce a perfect script. The elements that are changed from the novel are about the way the feudal lifestyle. Abrar Alvi has taken out almost everything about the Brahmo Samaj, also the story of Jaba, the second woman in the story, is simplified. In the Bengali version the relationship between Jaba and the hero Bhootnath is shown in greater complexity.

I know that new films have been made with this same title or adapting a little but they have nothing to do with the original story. I have often wondered if a real modern remake can be made of this film. With a few changes here and there it would make an interesting screenlpay.

Both films are available on youtube. Do watch them. They are both very well made, particularly the Hindi one which has touched excellence in almost every department. Abrar Alvi, who was a good friend of Guru Dutt, has directed the film but he has admitted that the songs were picturised by Guru Dutt. That was the verbal agreement that they had had before starting work. As Guru Dutt was acting in the film it would have been difficult for him to direct it also. 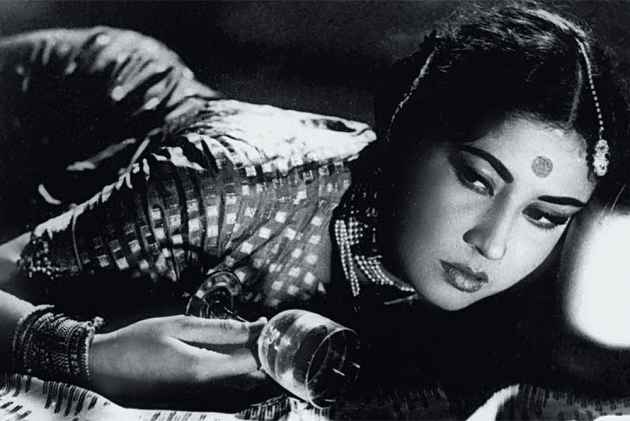 This entry was posted in Film and tagged Cinema of India, film review, Indian cinema, movie review. Bookmark the permalink.