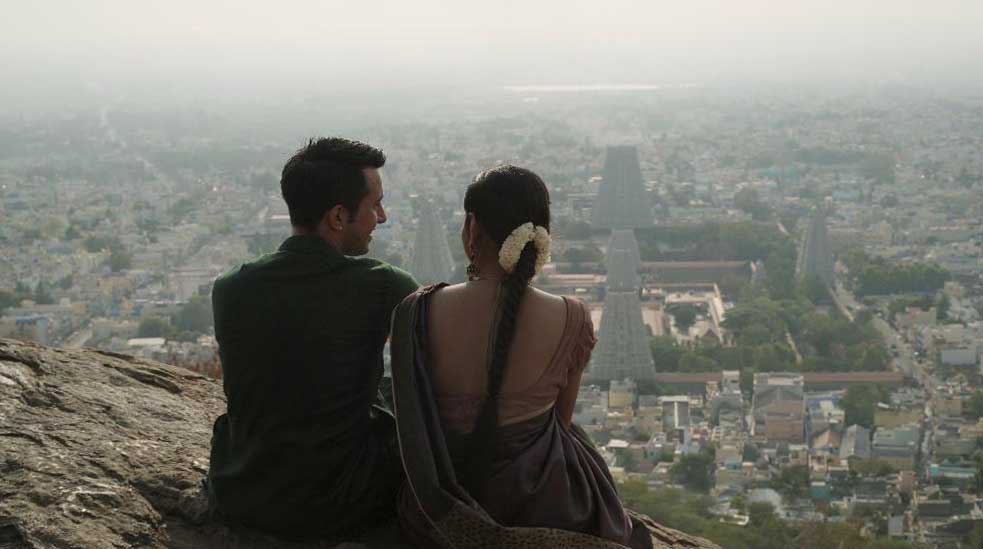 I just saw “His Father’s Voice” and it fills me with hope for the future because it shows that Indian cinema is now closer to being global cinema in its content and expression. There are all kinds of viewers in this world so there should be all kinds of films, for all different types of sensibilities. Refreshingly different from anything I have seen in the past few years, it is a tale told with simplicity and gentleness.

This is the kind of film that one has to watch with an attentive mind because it brings up so many subjects. Kaarthikeyan Kirubhakaran, the writer, director and cinematographer of this film, sets out to talk about the suffering of children whose parents separate and who then miss out on the love and companionship of one of their parents, but in telling this story he also touches on many other themes. It is an East-meets-West story in which the West is reaching out to the East and discovering her cultural depth.

The film is about a young man, Kris, who comes back to the place where he had lived in South India as a child in order to find his father. His parents had separated 12 years earlier when his mother had left their home, taking him with her. His return also reunites him with his childhood friend, Valli, who is now an adult like himself. As the scenes unfold before he reunites with his father, the young man understands the circumstances which had led to his parents’ separation and also why his father had not contacted him.

Kris is not just another young man. He is a dancer who is unable to dance because of this trauma which continues to have a grip on him. As things resolve themselves he finds the dancer in himself once again while at the same time he comes closer to Valli.

The entire story is set in an environment of creative artists and that is one of the elements that makes this film so special. We see here a group of artists, dancers, singers, choreographers, teachers. But their lives have a certain purity which is often missing in such groups.

The film brings up the subject of abandonment several times. There is the abandonment of Sita and her children by Rama which is a theme that the dancers are working on for their next performance. Then Parvathi speaks of how her father had abandoned her mother before she was born. The story takes the help of dance and music to show us other stories in the mythical past.

Kaarthikeyan has created this unusual situation where a human drama unfolds in the middle of the beauty of nature. During the whole film we rarely go out of the nurturing presence of nature. We see shaded groves, the open sea under the sun, a wild garden and a deep forest. It is as if human nature is a part of this nature. Isolated from the din and noise of the world we focus sharply on the feelings and thoughts. Everything is in its essential form.

We are also led to think about the very nature of love, the man-woman love, the parent-child love and the love one feels for all those who are interconnected through love with us. Here we see how the most fulfilling kind of love is when two people are united in their common love of something else, as it is in this story with music and dance.

It is difficult to put this film into any category as it straddles several genres. While the main genre is drama there is also an important element of romance and all this is woven together with the notes of music. There is poetry in the style and in the images. Visually it is a feast, as the beauty of the places and people, the attractive colours and the graceful lines of the dances light up the screen. Particularly beautiful are the scenes shot at night with the skillfully controlled lighting. At the same time there is a great deal of substance in the thoughts and ideas.

The performance of the actors is commendable as most of them are first-time actors although not first time performers. There is a lot of sincerity in their effort and the story touches us because it feels real, without any artificiality, precisely because these are unknown faces. The music and the dances are of a high order, bringing to the screen these classical forms rarely seen in feature films.

The poignancy of the love between the father and the son is the core of the film. Many emotions drive the story forward but it is this central theme which Kaarthikeyan keeps at the forefront. The script which moves back and forth in time sometimes slows down the intensity of the drama but the main focus is always before our eyes.

Each viewer will find something different to connect with as there are many layers to the narration, but the truth that Kaarthikeyan wants to communicate will touch everyone. 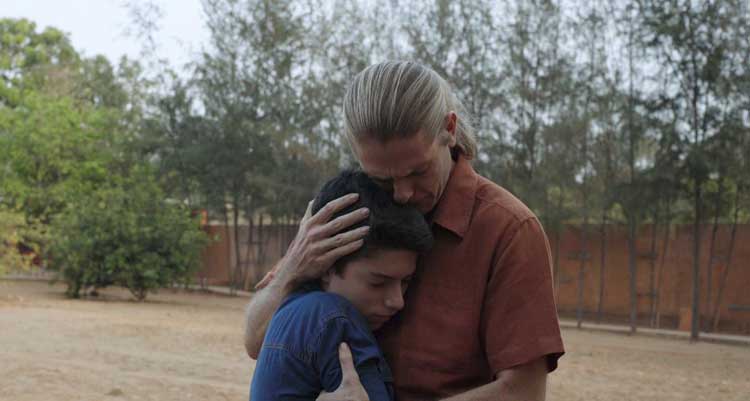 “His Father’s Voice” is available on Vimeo on Demand in India and on Amazon Prime in the UK, USA, Canada and Australia.