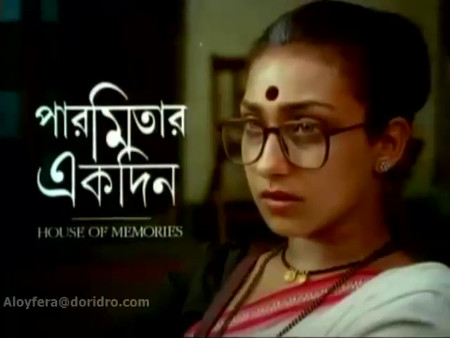 The purpose of writing these reviews is to give to the prospective viewer the opportunity to know what the film is like. Now that movie viewing is not as it used to be and we end up seeing dvds rather than going to a cinema hall, we often need some indication as to what we can expect from a film. I want to be careful not to give away the endings which are often a surprise.

This is by far Aparna Sen’s best film. She is the scriptwriter, the director and has played the role of one of the main characters of the film. Her creative intelligence is present in many aspects of this very interesting cinematic creation.

This story hits the nail on the head and speaks about that uncomfortable truth about Indian life. Far too many intelligent, creative, sensitive women are married to prosaic, unintelligent men. Salman Rushdie himself had said that Indian women were far more interesting than the men. This film only confirms this. This situation is created by our institution of arranged marriages which continues to be practised in our modern world. This arrangement does not take into account the fact that two adults who have developed their individual personalities cannot live their entire lives together if they have not found any common points of interest.

The story begins with the death of Sanaka. Paromita is invited to the funeral rites observed on the 12th day after her passing. As she waits for the rites to be over she remembers the days she had spent in this family home with Sanaka, who was then her mother-in-law. Although the relationship of mother-in-law and daughter-in-law is the most difficult of human relationships, this story shows us two women who live it quite differently. They develop a friendship because they share a common sorrow – the burden of bringing up abnormal children. The older woman has a daughter who is schizophrenic while the younger woman has a spastic son. The fact that they both have children with abnormalities points to the fact that this streak must have come from the men they have married. While Sanaka, the older woman, remains stuck in this unhappy situation, Paromita decides to change her life.

In this film Aparna plays a role which is totally different from her usual types. Here she is not the urban, sophisticated, free-bird. She is quite “basic” as we say these days, meaning “not very educated, not very refined”. Here she has almost an aggressive side to herself. When she speaks we often have to strain to understand as she speaks with her mouth full of the paan she is chewing. In short, Aparna is not playing herself.

Rituparna Sengupta has entered into the skin of her character. She embodies very successfully the new middle-class Indian woman who will not take her fate lying down and who has decided that she will take that difficult step of breaking away from a meaningless life. Even if the new man in her life is not Mr. Perfect at least he is better than what she has. This step is heart-wrenching as she knows that her mother-in-law has no one beside her and it spells doom for her. It is not an easy choice. Her evolution from the housewife to the working woman takes place in a very matter-of -fact way. There is nothing dramatic abut it.

The very last scene very cleverly ties up the film where death and birth are fused into one. In fact, the film is a study in contrasts, the contrast between men and women, between the old society and the new that is emerging, between the normal and the not-so-normal, between birth and death. While the film speaks of tragedies it also weaves in a tale of hope and strength.

I cannot end this piece without saying a few words about Sohini Sengupta, who plays the role of the schizophrenic daughter. She received the national award for the best supporting actress for this film. And she richly deserved it. I was wondering what her background was when I discovered that she is the daughter of Swatilekha and Rudraprakash Sengupta. Indeed, she is the daughter of the actress who played the heroine in Satyajit Ray’s “Ghare Baire” (Home and the World). Her parents being giants in the world of theatre she understands a role from the inside.

The other superb performance is that of Soumitra Chatterjee. He plays a quiet man who does not have the strength that is usually expected of a man. Poetic, silently observing people, he gives depth to this story.

You should watch this film not only for the excellent individual performances but also for the cohesive and unusual story it tells. Hats off to the multifaceted talented woman director, Aparna Sen. 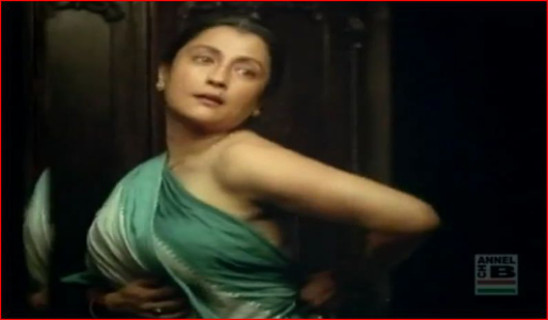