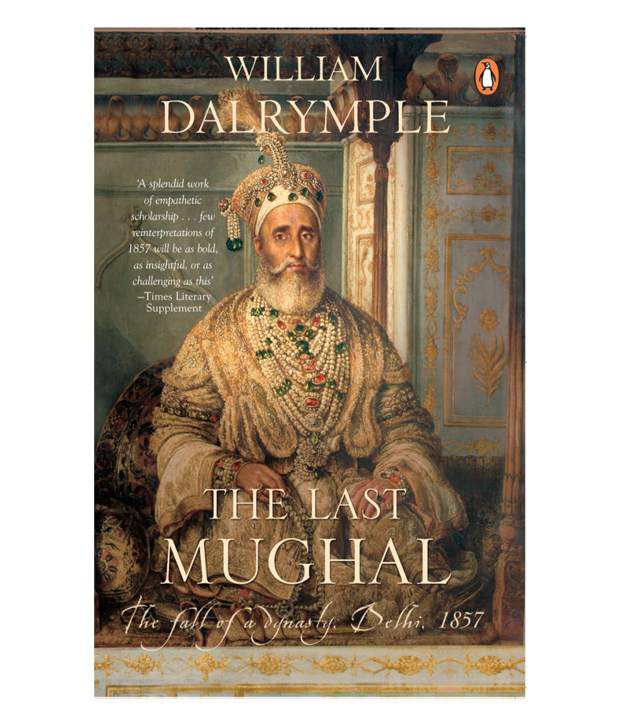 “The Last Mughal” by William Dalrymple is an extraordinary gathering of detailed information about a time we know so little about. Our knowledge of history is fragmented and often reliant on tales that are told by people several decades or even centuries after an event has happened. But here William gives us the facts he has gathered from written sources.
William Dalrymple has the great advantage of having lived in India and so he knows the way people think and feel. This is important in a work where much has to be interpreted and read between the lines. The main story in this book is the sepoy mutiny but it has been recounted in a way that sees things with a dispassionate eye. William interprets what has been said so that events are not just events but the expression of what was going on people’s minds at that time.
The funny thing about the story of “mutiny” is that the British see it as a “revolt” of the soldiers but the Indians see it as a war of independence. If you hear the British talk about it they have tales of horror of how the Indian soldiers employed by them turned around and killed the civilians they were supposed to protect. If you listen to the Indians talk about it they tell the tales of horror of the way the British had taken away their own freedom and tricked them into handing over their kingdoms to them in return for trade and commerce. They realised that the deals had been unfair and they were retaliating.
What is really the point of reading this book now when we are a good 150 years away from all that? It is the clarity of vision with which William shows us that the situation in which we are with the Islamic world at present has its seed in that event. The way the Hindus and the Muslims separated after this event, even though they had been together during this revolt, shows us the points we had missed.
The last Mughal emperor was Bahadur Shah Zafar. His rule was indeed marked by the decline and loss of power that made it possible for the British to rule India. William very successfully brings out the story of the man that Bahadur Shah Zafar was and gives us all the details of his imprisonment in Rangoon. It is sad to read how he was buried in an unmarked grave. The last emperor of the great dynasty of the Mughals was buried in an unmarked grave!
I would recommend this book to anyone who is interested in Indian history but also anyone who wants to see the past has the secrets of the troubles we are dealing with in the present. The book ends with the quotation that those who have not learnt from the lessons of the past are condemned to repeat it.
William Dalrymple has a style that makes one want to go on reading so don’t get frightened by the thickness of the book.
I met the author during the Indian Lit Fest held in London in June this year. He was kind enough to pose for a selfie with me. I had borrowed a copy of the book from a friend but didn’t take it with me because I was sure I would not be able to get anywhere near him during the festival. Now I realise I missed a fantastic chance to get an autograph.

This entry was posted in Books, Literature, Writing and tagged books, writing. Bookmark the permalink.