The Auroville Film Festival has just ended and a new interest has been created for documentary films. I was invited by Arnab B.Chowdhury to watch some of the films. He has taken the first steps into film-making, taking with him his experience in the world of music. His sense of rhythm is a part of the audio-visual experience.

His entry for this festival was called “Mudra Motifs”. It is a short film showing how gestures are used in worship. He has captured the hand gestures which have a significance not only in worship but also in daily life, not only the gestures of the ones who worship but also the gestures of the idols, the icons which are venerated. The point to note is that this film is entirely made with still pictures. The colours are vivid and show India in its traditional beauty. It could have been more effective if he had also added a few hand gestures from dance.

Arnab states that his inspiration in the field of film-making has been William Greaves, the black American filmmaker, who had visited Pondicherry when Arnab was still a student. It was he who had said that one can make a documentary entirely with still pictures. Greaves has himself made a couple of documentaries very effectively using only still pictures. Having heard Greaves speak when he addressed a group of students Arnab felt that the audiovisual medium could be his path of self-expression .

I would have imagined that his best entry would have been his film “My forest has a face”. I wonder why he didn’t propose this to the festival organizers. It must be because there were so many films which were going to show the natural beauty of Auroville and this would have been one more. For me this is Arnab’s most poetic creation. He has captured the many moods of the forest and the wooded areas in Auroville. There are details that the common man’s eye would not catch in a forest considering that most people live in cities or in large towns where nature is so sadly absent. This film takes the viewer back to the environment in which our ancestors lived and which has become so unknown to us now.

Arnab is not only aiming at creating beauty he also wants to instruct and educate his viewers. He has put his heart into the trilogy on oral care, showcasing the work of the Auroville dentist, Dr Jacques Verré. These three short films have already been appreciated by specialists in the field of health care. The path breaking work of Jacques and his team is now available to people all around the world. They can now introduce his methods into their practice and in this way benefit a large number of people.

Arnab’s contribution in the sound department of the film “The Secret Knowledge” made by Manoj Pavitran, another short film screened at the Auroville Film Festival, is also significant. Having been brought up in a family of musicians tracing roots to Baba Allaudin Khan’s Senia Maihar Gharana, Arnab knows the technicalities of the audio aspect. He has very effectively used his late father’s singing voice (Arun Bishnu Chowdhury, a classical vocalist) to add an abstract but harmonious background to the images which are so packed with meaning. The entire film lasting 10 minutes is made with graphic images exploring the significance of Sri Aurobindo’s symbol. At no point does the sound overtake the image, or draw more attention to itself than it should.

I hope Arnab continues to discover and create. I look forward to seeing how this versatile artist develops in his journey in the new medium that he has taken up. 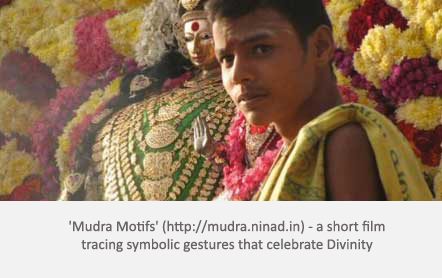 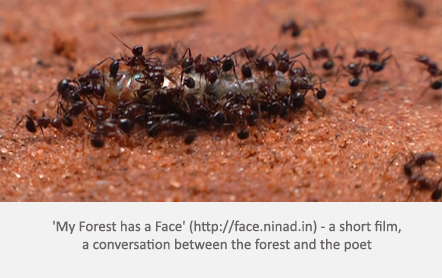 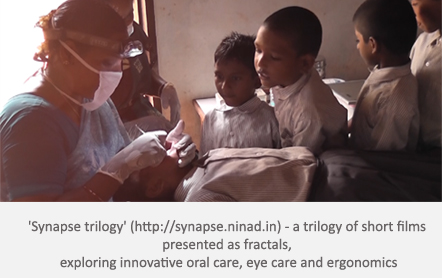