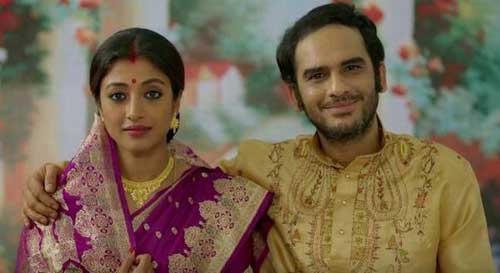 When I first saw a trailer of this film I thought, “This must be a boring sentimental film about cooking.” But I see now that it was not really that. I saw this film on a flight so I have not seen it on the big screen which means that I haven’t had the full visual experience that the maker wanted to give to his audience. But the subject is such that it doesn’t make that much of a difference.

The story is about a man from Kolkata who has moved to Paris and become a celebrity chef where he lives with his French girlfriend. He returns to India after many years because his mother is seriously ill and he is face to face with many realities of Indian life and his own life. His father, who has never forgiven him for leaving, is not too happy to see him. His mother asks him to cook fish curry as he had done 25 years ago and the chef is now in a situation of being tested. He does finally make a fish curry that his mother likes. And then he returns to Paris. Doesn’t sound that exciting, does it? Well, the film is not in the story but in the moments that the man lives, in the way in which things unfold.

Perhaps it would be easier if I said that it is a Bengali version of the theme of “Three Idiots” because the whole argument is about the fact that the hero wanted to be a chef but his father wanted him to be an engineer. This decision of disobeying the father and doing what he really wanted to do is the base of the story. The whole film rests on this line of thought that you can make a success of any career if you put your heart to it and that no job is too low.

The story has too many threads and it leaves the viewer a bit distracted. The suspense is kept till the end about whether he will want to come back to Paris to the woman he has left behind. One can see that the actress playing the part of the French girlfriend is acting in a little exaggerated style only because she wants her style to match with the rest of the cast. But somehow there is no chemistry between the Bengali man and the French woman. There is a far greater chemistry between the other women in India who are linked to him. Paoli Dam excels in her role even though she has often very little to say. The look she gives him speaks volumes.

Mamata Shankar is good in her role as usual and she manages to bring out the sweetness in the bond between her son. The actor playing the father is also very convincing in his role. The role of the young trainee chef is a bit unconvincing. The scenes of cooking look like ads but do give the feeling of passion that the man feels towards this activity.

I have to add this detail. When the French woman asks what is the time difference between India and France he answers “Four hours.” I beg your pardon, that should be ‘four and a half’.

I enjoyed the film and must say it has a lightness that makes time pass very quickly. Directed by Pratim D Gupta it has some new points to reflect on, that we rarely see in Indian films. 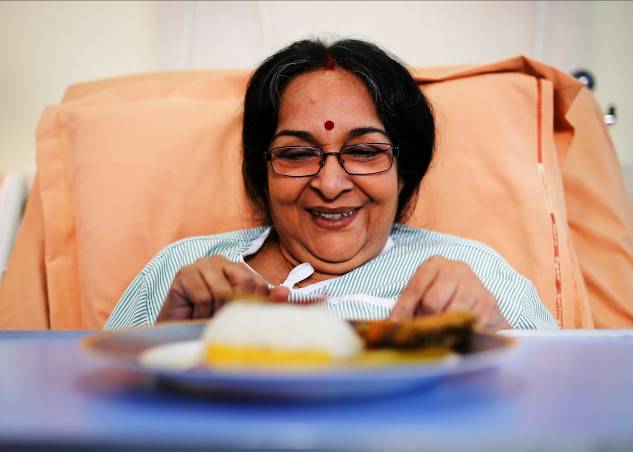