What a way to start the New Near! The cyclone that raged through the night of the 30th kept us awake much of that night. It was much more terrifying than the one we had experienced in November 2000. In the clear light of the morning we saw the destruction. In the boulevard area, specially in the old French town, the main damage was caused by fallen trees. The sight of old massive trees fallen across the roads was akin to watching a battlefield where old warriors had died after fighting valiantly. Perhaps it is a lesson that it is not a good idea to plant trees on pavements in a town which wasn’t designed for it.

The feeling in many hearts is that it is a warning sign. To others it is the Divine telling us in a symbolic way that there is always destruction before a new creation. Something in us must make a new beginning. 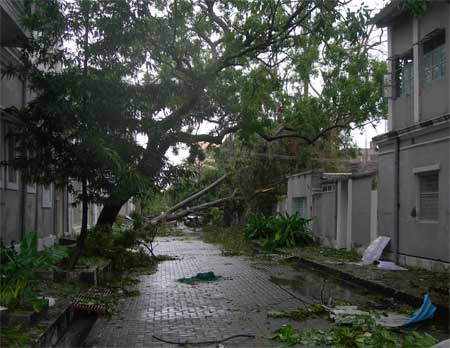 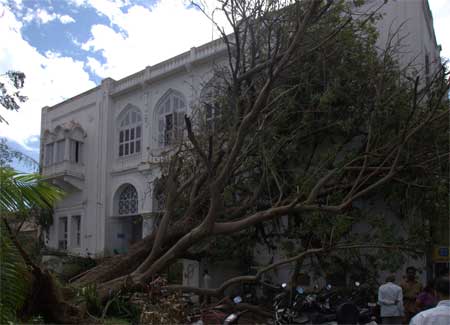 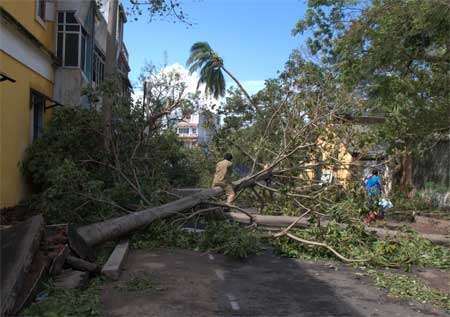 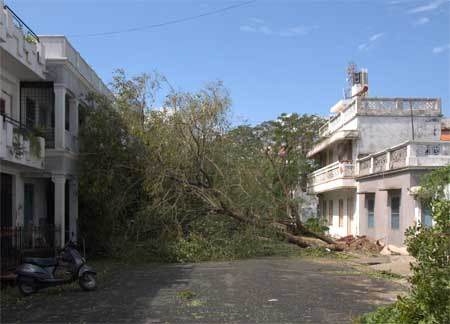