This is a film which has been sold to television channels in most Buddhist countries, but it is of interest even to non-Buddhist countries. Here we see the deep interest that the Europeans, particularly the French had in Buddhism at the beginning of the twentieth century.

The script is based on the letters written by Alexandra to her husband. This means that it is as close to reality as possible. Even the dialogues that she utters are sentences from her own letters. She maintained a very regular correspondence with her husband with whom she actually never lived.

Even in 2013 Indian women are afraid to travel alone and here we have the story of a French woman who undertook a journey which took her half way across the world in an age when travel and communication were so difficult. What must it have been for her to discover a country which was in every way so alien to her?

In fact, this idea of making a film on the life of Alexandra David-Neel was there in the mind of Joel Farges as far back as 1988. At that time Glenda Jackson was chosen to be Alexandra. It is true that Glenda is a great actress but when you watch this film you can see that Dominique Blanc has done full justice to this very difficult role. It is important to note that Alexandra was a beautiful woman in her youth and the actress chosen for this role would have to have those looks at the beginning of the film.

I am deeply touched by all the appreciation I have received for my role. But playing Ouma was really a privilege because it allowed me to watch from very close quarters how Dominique prepared herself for every scene. The one capacity an actor must have is the power of concentration without which one cannot do a single thing. And Dominique has a very focused mind. She had learnt her dialogue even before she came to India for the shoot. She told me that she went through her dialogues very carefully because she would have absolutely no time once she was in India for the shoot. The only thing she was apprehensive about was the fact that she had many scenes where she had to act with non-professionals.

This film, I hope, will lead people to read about Buddhism. And that perhaps will bring people to understand the value of compassion. 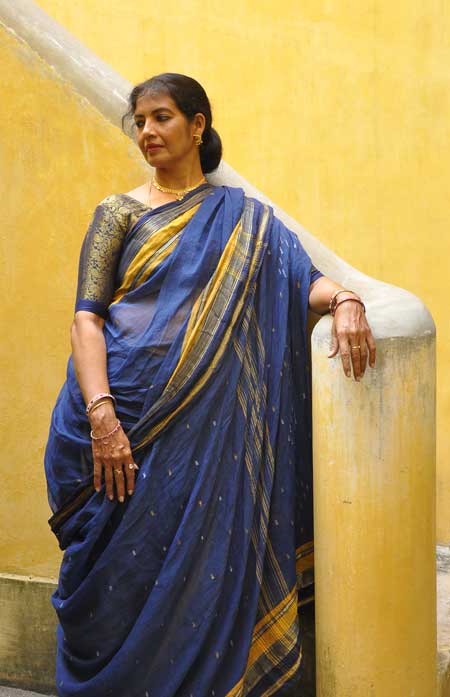 This entry was posted in Film and tagged Alexandra David-Neel. Bookmark the permalink.