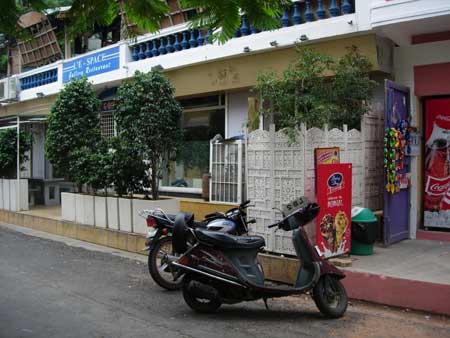 Those who have grown up in Pondicherry will remember how it used to be synonymous with tranquility. Between noon and four o’clock the streets were deserted. On all the streets to the west of the canal there used to be such enormous kolams that one had to find exactly the centre of the road to walk on so as not to spoil them.

All that is gone today. True, most people have a better standard of life and many things have become easier. But the quality of life which we all enjoyed and for which people came here has deteriorated badly.

Prosperity has brought its own problems. Today our roads are choked with cars, the noise of speeding auto-rickshaws fills the air and scooters going at high speed make it impossible for people to cross the street. The saddest part of all is that people have stopped walking on the streets. In every civilised country there is a place for pedestrians to walk on but in Pondicherry the pavements which were meant for them have disappeared. Walking is a fundamental activity but in Pondicherry it has become almost impossible. 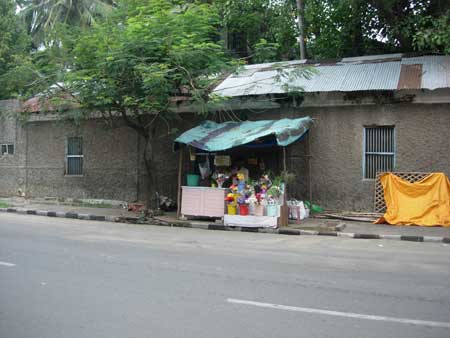 Pondicherry was built on a grid pattern designed by the Dutch and eventually constructed by the French. They had ensured that there was enough space for the pedestrians to walk in peace but today the pavements have been colonised by hawkers and shops which use them as extensions of their premises. In the commercial areas there are regular shops constructed on the pavements and people buying things from them create a small crowd on the street. 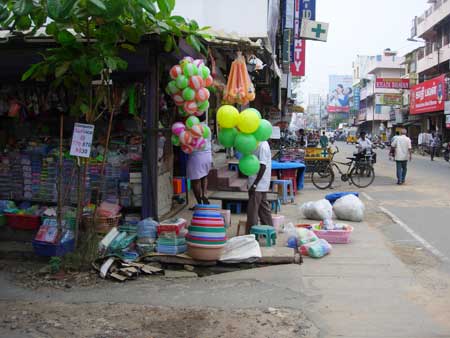 Many house-owners use the pavements for parking and many have put plants and barriers to stop people from using them. In all the streets west of the canal there are houses which have steps from the road up to the entrance, creating a hindrance to anyone who wants to walk. At many places people have built sheds to protect their vehicles from sun and rain. Where there is a little free space often there is a tree and the shaded area has been taken away by someone wanting to sell something. 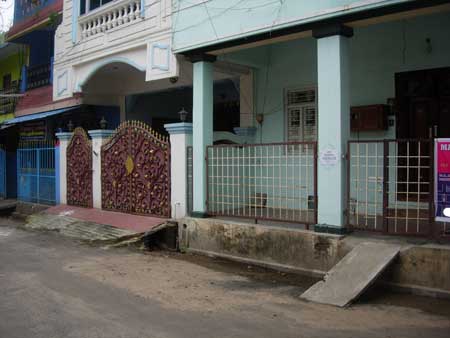 While Europeans have started thinking of going back to cycling every Indian now dreams of owning the latest luxury car. Even middle class families now own cars but most don’t have a garage. Cars are parked on both sides of the road. This leaves a gap of about 4 feet for the traffic to move on. How can two vehicles going in opposite directions navigate in that little space? Where does that leave the pedestrian? In fact, there is not one street in that area where you can actually walk on a pavement.
In a town like Pondicherry which is built on a grid pattern there are crossroads after every 100 metres. Have you seen anybody slow down at crossroads? Most pedestrians injured on the roads are hit by a vehicle at a crossroad. No one can walk on these streets anymore because stepping out on an errand on foot is equivalent to going to war. You don’t know if you will come back in one piece.
This has led to people being totally unfit and especially the elderly are housebound. More and more people feel compelled to buy two-wheelers because they feel they will not be able to go anywhere without one. This contributes to the general level of pollution. Since there is no public transport like in the West the common man cannot go anywhere without spending a fortune demanded by auto rickshaw drivers.
Going out in the evening is a stressful experience. Not only is everyone going at full speed, be it motorcycle or car, but also the streets are badly lit. For an entire year most of the roads of the White Town, including the area north of the Raj Bhavan, were entirely dug up. People fell into the holes during the rains when one could not see what was under the water. This can only happen when there is no respect for fellow citizens.
The day we develop a civic sense that day perhaps the pavements will come back and the citizens will be able to walk in peace.

This entry was posted in India and tagged Indian pavement, Indian pedestrian, pavement. Bookmark the permalink.