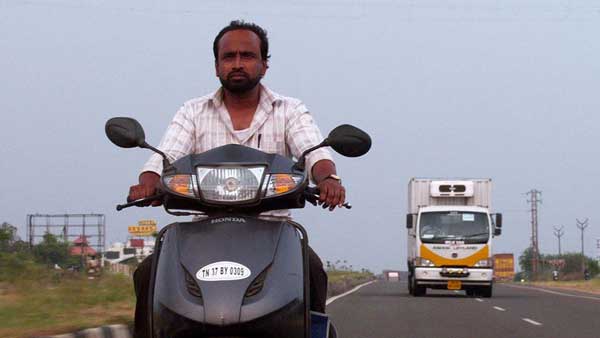 This has been a strange year. We are still not sure where it is going. But one thing is sure:  much can and will happen online from now. The literary and film festivals which brought large numbers of people together all over the world every year were held online this year. The organisers of many world film festivals came together and held this common festival which was called “We Are One” and each organisation brought a small number of films to this group-festival. This is how we got to see this beautiful film ‘Nasir’, sitting at home. This was selected by the MAMI film festival of Mumbai.
The story of the film is a very simple one. An ordinary man living an ordinary life comes in the way of a religious mob and how these two completely unconnected worlds clash. The strength of this film lies in the telling, in the details, in the way the ordinariness is shown to contrast with the “not so ordinary” mob and its agenda.
Nasir, a muslim man, lives in a poor locality with his wife, mother and a special needs grown up son or ward. We see his day start with the way he wakes up and goes through the routine of his morning. Nothing is easy or simple but there is a sequence of activities which he follows everyday and also on this day which we are shown. Then he goes to leave his wife at the bus-stand as she is leaving for a few days to attend a wedding in her family.
Nasir works as a salesman in a cloth shop. He is the one who comes before the others and arranges everything. In the middle of the day he goes home for lunch and has a rest. Then he is back in the shop and continues showing what the customers want to buy. He has to hear the chatter of his co-workers and also their casual comments about Muslims. His day is shown in all its ordinariness but we are also shown his mind. We know he writes poetry and listens to good music and has so much empathy for others. He also  has so many little problems to deal with. In short, we are shown how he is not coming in anyone’s way.
The punch comes at the end and is so powerful because it is such a contrast to the rest of the film. The pace of the film is deliberately slow to take the viewer along with Nasir through his day. We have the sensation of living that day with him.
Those who have worked in the field of theatre or cinema know this truth: casting is half the work done. The main actor, Koumarane Valavane, brings this whole story to life. All actors want  to show themselves off. It is very difficult to become ordinary and to remain like that, without attracting any attention to oneself. This shows Koumarane’s skill in acting. Make no mistake, in real life Koumarane is not like Nasir at all. He is a trained theatre actor and himself runs a theatre in Pondicherry where others are trained. He taught physics in a French high school, so he is far from the ordinary man we see on screen. Moreover he had his theatre training in France and has performed in that country with his troupe. He has participated in many national theatre competitions and festivals representing Pondicherry. So have no illusions, the director didn’t choose a man who was like Nasir in real life. The director chose a stage actor so that he could get the right nuance of emotion. 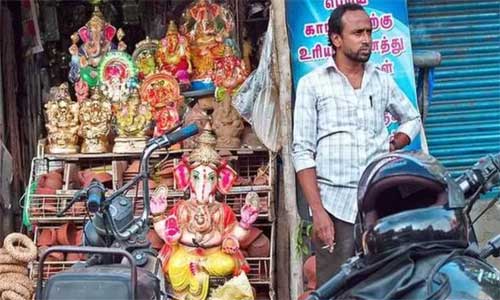 Thia film is an Indo-Dutch co-production and has several small and big groups who are part of the production team. Here again one must applaud all those who supported this creation with logistics and money because it would have remained a story on paper or on a computer screen had these producers not backed it. Here again there is a Pondicherry connection. Samir Sarkar of Magic Hour Films, one of the producers, has been a key player in getting the Dutch collaboration. And he too is from Pondicherry.  This is a film which requires a certain amount of courage and faith in one’s principles in life to stand up and support the basic message of the film. Those who have enjoyed the film will understand how important is the contribution of these producers.
The director, Arun Karthick, has chosen a theme which is so important in today’s India but he gives us his message in such a gentle way that we can’t forget it. It is his light touch which makes him stand out.
One word of appreciation to the writer Dilip Kumar who conceived this story and wrote it as a short story. I have always believed that short stories lend themselves very well to cinema because of their compactness. And here is a story that packs so much into such a small time frame.
The cinematography has been appreciated by experts and even a lay person can see how unusual the images are. A certain poetry is created with these colours and compositions to give that feeling of looking into someone’s inner world.
This is one of the best films I have seen this year. It has come at a time when we need to talk about the place of religion in our lives and to think of the future of humanity. This pandemic has already forced us to change the way we have been living, now this film will open the eyes of those who could not see the obvious truth till now: all human beings are part of one large human family. Yes, and even ordinary lives matter.

This entry was posted in Film, India, Theatre and tagged Cinema of India, film review, Indian cinema. Bookmark the permalink.