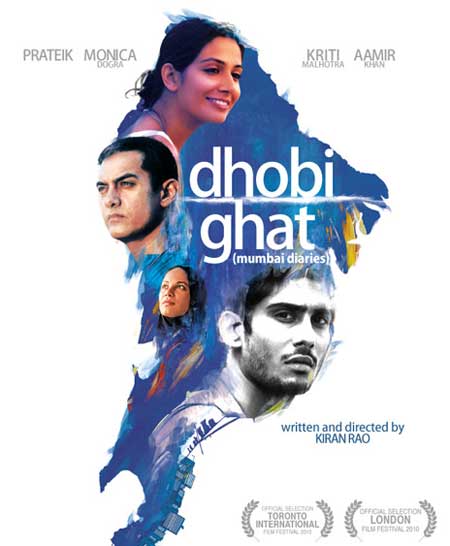 When this film fist came out I was really not interested in watching it because I had no special feeling for Mumbai. But over the months I was more and more curious to see the performance of Prateik. And that is what finally pushed me to get a DVD and see it. His mother Smita Patil was my favourite actress and I can still remember the day she died. I was about to have my morning cup of tea before getting ready to go to work. Before having my first sip I opened the newspaper and saw the news of Smita’s death. I remember I was so shocked, so heartbroken, that I couldn’t drink my tea.

I first saw Prateik in a film called “Jaane Tu Ya Janena”, one of those usual Bollywood films. He had long hair, which was quite striking, but it was not only his hair. His face compelled you to look at him. One could already see that he has his mother’s looks and surely some of his mother’s talent too.

In Dhobi Ghat he plays a role of a washerman and is somehow connected to the central characters. He plays this role, which has a streak of innocence as well as the ambition of every young man of Mumbai, very convincingly. There are scenes which really remind you of Smita’s very natural style of acting.

I am glad that Prateik made me want to see the film because now I know that Indian cinema has finally come of age. The script has a maturity which proves that new directors have started thinking of a film script as a piece of literature. Kiran Rao has very skilfully woven the different characters into one story which is actually the stringing together of many stories. She has written from her own experience of what it is like to live in Mumbai, where everyone is alone and yet in a strange way connected to everyone else.

At last, one can see the everyday reality of urban India and at last, we have characters which are painted in various shades of grey. They are real flesh and blood people who speak the language of the urban Indian. There are many elements that make the viewer instantly connect with reality – the laundry boy who aspires to be an actor, the artist who wants to be left alone, the NRI woman who wants to get to know the real India, the young bride who is homesick and lonely, the underworld and its connection with the wealthy…
The great city brings the high and the low together.

For a first film this is a remarkably sophisticated work. However, this does not come as a great surprise. After all, Kiran Rao is Aamir Khan’s wife and has been in the field of cinema for a while. The element of surprise is that the writing is as well crafted as the direction. The fact that this film is the work of a woman somehow makes you sit up and watch it more carefully.

Keep it up, Kiran Rao! 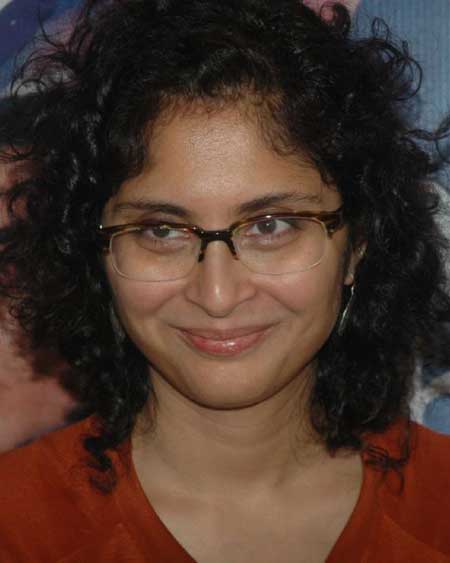 This entry was posted in Film, India and tagged cinema, Cinema of India, Film, Review. Bookmark the permalink.